Long-time WEC Austria President Walter Fremuth passed away on July 20 at the age of 90. Walter Fremuth held several top positions in the banking and energy sectors during his career.

Fremuth graduated from the Vienna Realgymnasium Albertgasse in 1950. He subsequently studied law and political science at the University of Vienna as a working student and earned two doctorates. In 1956, he began his career as a federal civil servant, which lasted until 1969, a career that included serving as head of the budget department of the General Postal Directorate.

In 1970 Fremuth became the first deputy governor of the Postal Savings Bank, and from 1975 to 1979 he served as deputy general director of the Girozentrale der Sparkassen. He held the post of General Director of Österreichische Elektrizitätswirtschafts-AG (later Verbundgesellschaft, now VERBUND AG) from 1979 until his retirement in early 1994.

Fremuth also held the important positions of President of the Association of Austrian Electricity Utilities (today Österreichs Energie) and President of the Austrian Member Committee of the World Energy Council (today WEC Austria). In the time of his activity the economic and energy-political processing of the referendum against the nuclear power plant Zwentendorf and the resolution of the National Council about the prohibition of the use of nuclear energy in Austria falls. The discussions about the construction of new hydroelectric power plants, especially the one in Hainburg, not only led to upheavals in Austrian domestic politics, but also to a massive rethinking and redesign of the construction of power plant buildings. Fremuth took its responsibility as the federal load dispatcher for securing Austria’s supply of electrical energy extremely seriously. Aware of the interconnectedness of European energy systems, he secured Austria’s position with numerous international treaties and agreements. He was a recognized expert and manager beyond the country’s borders.

As an honorary professor at the Vienna University of Economics and Business Administration, he was also an advocate of an efficiently operating common economy.

The World Energy Council Austria will cherish the memory of its Honorary President and expresses its sincere condolences to the relatives of Walter Fremuth. 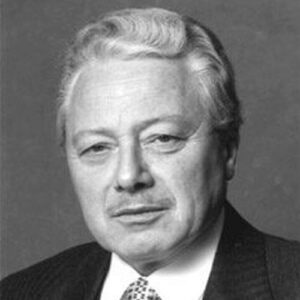