Global energy demand will continue to rise over the next two decades, especially in Asia. This is the conclusion of the latest World Energy Outlook published by the International Energy Agency (IEA) on 13 November 2018 in London. Global energy demand is predicted to grow by more than a quarter between 2017 and 2040. The increase would be around twice as large if the promises made by governments, e.g. to focus more on energy-efficient technologies, are not kept.

The IEA’s report showed that population growth with an extra 1.7 billion people mostly in the urban areas of developing economies, along with urbanization and economic growth, are among the main trends shaping global energy demand.

As recently as 2000, Europe and North America accounted for more than 40% of global energy demand and developing economies in Asia for around 20%. By 2040, this situation is completely reversed. According to the report, developing economies will lead the growth, where demand is set to increase by some 45% between 2017 and 2040.

India is expected to increase its energy demand the most. According to the IEA, the subcontinent will consume twice as much energy by 2040 as at present. China’s hunger for energy will also continue to grow (2040/2017: +25%), however significantly weaker as in the past two decades.

Energy use in Africa as a whole rises by around 60% and surpasses that of the EU towards the end of the outlook period, although it remains the lowest consumer of energy on a per-capita basis. Energy needs in Central and South America will grow less rapidly than other developing economies, but will still rise by almost 40% by 2040, while in North America, demand will remain flat throughout the period, the report showed.

Demand in Eurasia increases by only just over 10% as robust increases in Caspian countries are mitigated by much more subdued growth in Russia.

However, noticeable declines will be only visible in the EU and Japan, where demand is anticipated to fall by 20% and 10% respectively.

The chances of capping global warming at “well below” two degrees Celsius are becoming weaker and weaker. Increased investments in renewable energies, mandatory standards for the efficient use of energy, the abolition of subsidies for fossil fuels and the shutdown of obsolete coal-fired power stations would be necessary, if the world is serious about meeting its climate targets.

The IEA analysis shows that over 70% of global energy investments will be government driven. Therefore the world’s energy destiny lies with government decisions. Crafting the right policies and proper incentives will be critical to meeting our common goals of securing energy supplies, reducing carbon emissions, improving air quality in urban centers, and expanding basic access to energy in Africa and elsewhere. 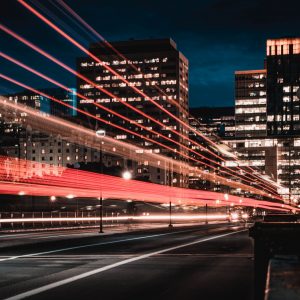