At an event organized jointly with the Austrian Chapter of the Club of Rome, Vienna University of Technology, the Climate & Energy Fund and the Ministry of Climate Protection on December 19, 2022, the Executive Director of the International Energy Agency (IEA), Dr. Fatih Birol, presented the IEA’s World Energy Outlook (WEO) 2022.

Published annually based on objective data and factual analysis, the World Energy Outlook provides critical analysis and insight into trends in energy demand and supply, and their implications for energy security, environmental protection, and economic development. In doing so, the IEA projections are produced using simulation models developed by the IEA over a period of more than 20 years that replicate the way energy markets work.

In the current report, the IEA calls it an “unprecedented shock” to the global energy system. Russia’s war against Ukraine has caused major disruptions in all energy markets, it said. In the short term, this shock is a problem, especially for poorer households and countries.

Many countries took measures to lower energy prices for their populations or to mitigate price increases with subsidies, the report’s authors said. They were also looking for new suppliers of natural gas and oil, such as in the Arab region and the United States. On the other hand, many countries have developed new, more ambitious energy and climate plans in recent months to reduce dependence on fossil fuels – such as the U.S., the EU, China and Japan, they said.

Dr. Birol emphasized, “This is a historic and definitive turning point toward a cleaner, more secure and affordable energy system.”

But even if the transformation proceeds as quickly as the IEA predicts, this will not be enough to limit global warming to 1.5 degrees. Instead, the IEA’s report assumes global warming of 2.5 degrees by 2100.

On the question of the consequences of war and sanctions for Russia, Dr. Birol emphasized, “Russia has been the world’s largest exporter of fossil fuels, with a 20% share of global trade. This share will drop to 13% by 2030, he said. This is a permanent development, as Europe will no longer purchase fossil fuels from Russia in the medium term and other consumer countries such as China and India will not import Russian energy to the same extent. For natural gas in particular, it will be difficult for Russia to find new customers, he said, as Russia’s natural gas infrastructure is almost entirely geared toward exports to Europe.”

To view the video recording of the World Energy Outlook 2022, click here. 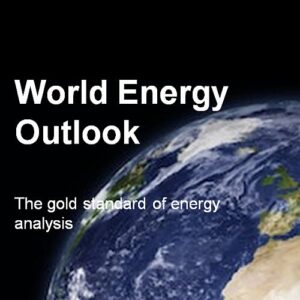